And so it begins!

Last year was fantastic with nearly 13000 records between the two of us with 692 species recorded in our gardens and on field trips.

As always, January has been slow to get going as far as adults go; Winter Moths, the occasional Light Brown Apple Moth and a few Early Moths scattered around the monitored sites.  The most surprising find of the year so far was a lovely Pale Pinion found by one of my 20watt Wemlite garden traps on 6th January.  It is a hibernating species but can be found in milder weather. 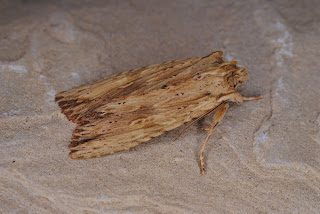 
A much smaller hibernating moth at home came in the form of a Mompha subbistrigella which turned up in my office on 23rd January. 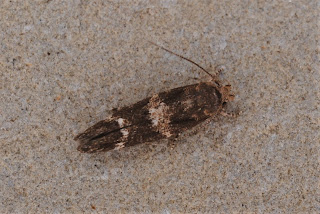 
Lastly, a Psychoides filicivora emerged from a piece of Harts Tongue fern which I brought in a few weeks ago 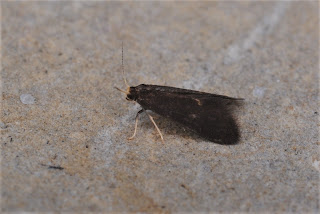 For the next couple of days I am visiting relatives in Surrey.  Of course, I have brought my trap with me for a rare opportunity to trap near woodland.  So far I have a Pale Brindled Beauty and a Spring Usher

The next week or so look much colder again so I expect another dearth of moths.  For the time being it is back to searching for mines and early stages until the weather warms up again.
Species List so far in 2019. 22 species recorded so far.  Here's a quick summary:

Posted by Waveney Valley Moths at 13:03 No comments: